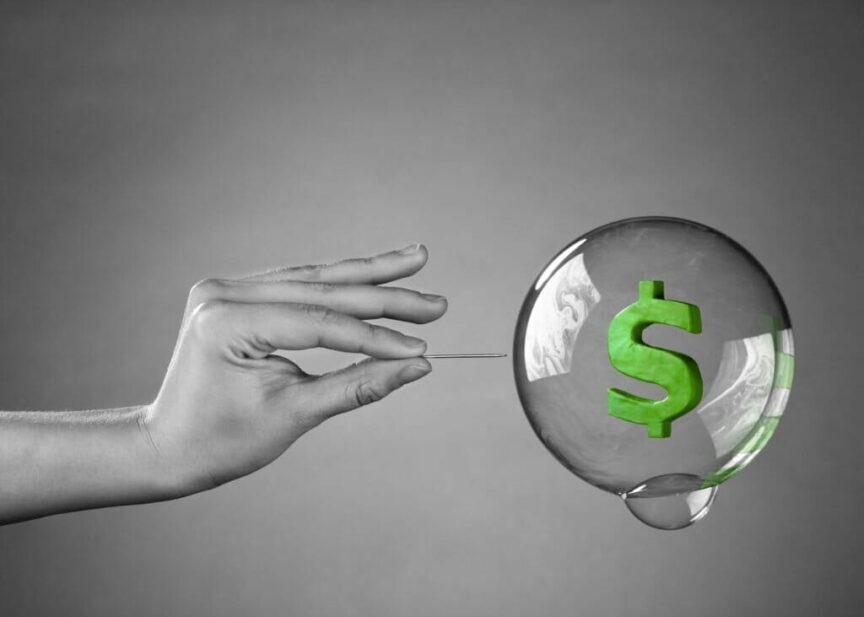 If you listen to the news media, you will hear a constant parade of fearful statements worrying about how high the markets are and whether or not the current market levels are justified. You will be bombarded by endless speculation about when the markets will inevitably fall. Media reports carry an anxious and overly suspicious tone that suggests we will soon see a decline because we have experienced such great progress of late; however, the long-term history and market cycles dispute that notion. Although we do not expect a long-term bear-market downturn in the near future, you all know that we could suffer a significant market sell-off at any time. Fortunately, we know how to survive these potential conditions.

We also hear in the media that the Russians are coming to hack us all and that our president is about to be impeached. How can we ever have a bull market and a growing economy in the midst of all these threats? Well, it’s simple: we have experienced significant economic progress over the last two years, which justifies the current market levels.

According to several economists and analysts, there seems to be no fundamental evidence of a slowing economy. Here are just a few quotes:

Kimberly Amadeo of thebalance.com: “The U.S. economic outlook is healthy according to the key economic indicators . . . The GDP growth rate is expected to remain between the 2 percent to 3 percent ideal range. Unemployment is forecast to continue at the natural rate. There isn’t too much inflation or deflation. That’s a Goldilocks economy.”

Should we be worried about presidential impeachment? I would remind everyone that the US House of Representatives did, in fact, impeach President Bill Clinton on December 19, 1998 (however, he was acquitted by the US Senate, and he never left office). In addition, even this actual presidential impeachment did not stop the DOW from growing by 25.22 percent in the following calendar year, 1999.

It is important to separate political theories and media obsessions from economic realities. It seems clear that those on Wall Street are not worried about the president, the Russians, or impeachment. The market continues to grow and show support at the current levels despite the breathless and obsessive media reports.

So, why the anxiety and fearmongering, you ask? The answers are human nature, skepticism, and the media’s incessant need to produce provocative and emotional headlines. To quote a few axioms about the media, “bad news sells”; “if it bleeds, it leads”; and “drama drives ratings.”

With that in mind, let’s take a look at some data and economic facts without the “Chicken Little” media for just a moment:

Over the years, I have been quite vocal and cautionary about getting obsessed or caught up in media hype (see the Winter 2013 and Summer 2014 Strategic Newsletters). The reason I warn against becoming a media junky is because I have some clients who are so preoccupied and stressed out by the minute-to-minute news that they are robbed of the full measure of peace and joy they should be experiencing in life.

If you constantly listen to the majority of news outlets, you will hear fast-paced, almost paranoid speculation about numerous political conspiracies. With recent developments, it is clear that avoiding the media is even more important now. Never before have I witnessed such a total disregard for unbiased reporting and such an agenda-driven and negative media. So, I will repeat the advice again: beware of consuming too much media, especially now.

In 2017, when it comes to the news, I’d like to see us all return to the “good ol’ days”—days when perusing the morning paper and catching the 30-minute evening report was enough. Here are some suggestions that might help:

This year, spend less time focused on the news and more time living fully in the moment with family and friends. Of course, you should be informed, but work really hard to maintain a balance. Take some comfort from the fact that, as usual, I will spend far too much time connected to the news and world events, monitoring your portfolios and the economy. There is no need for both of us to lose sleep.